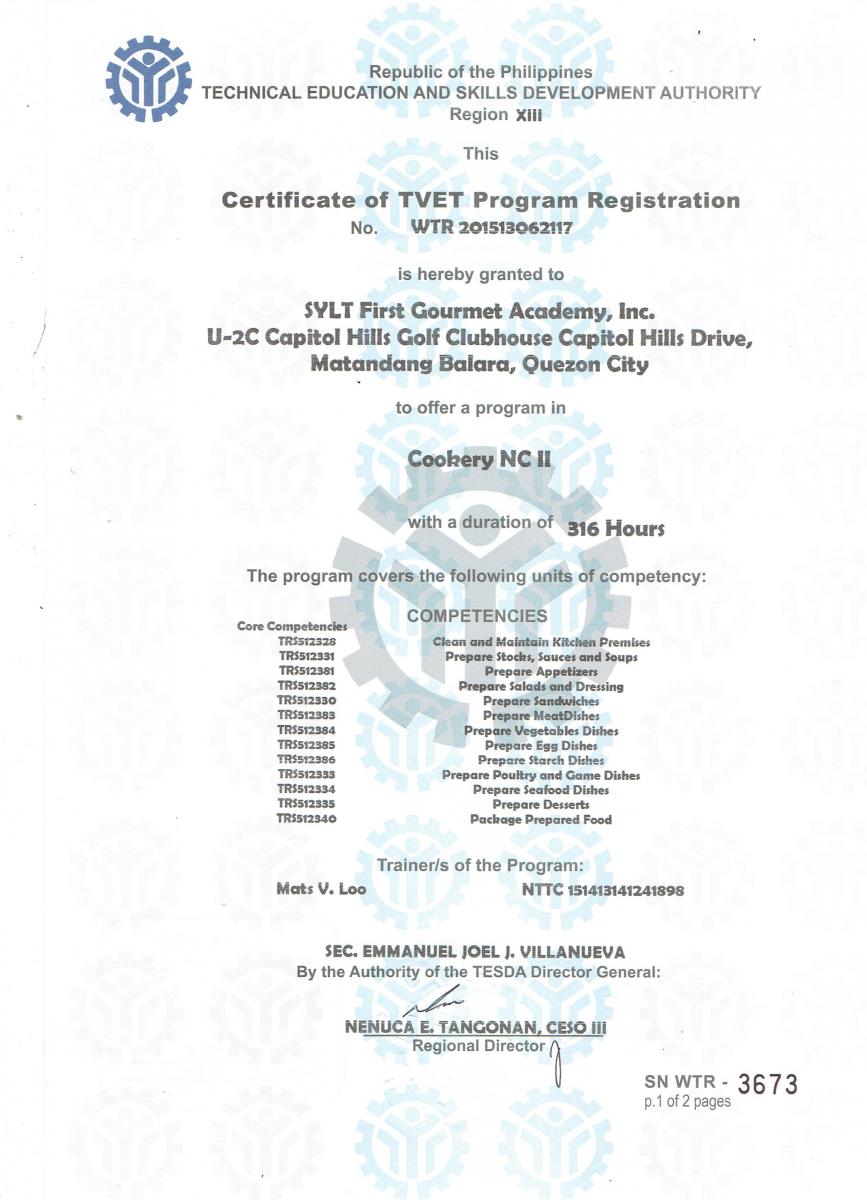 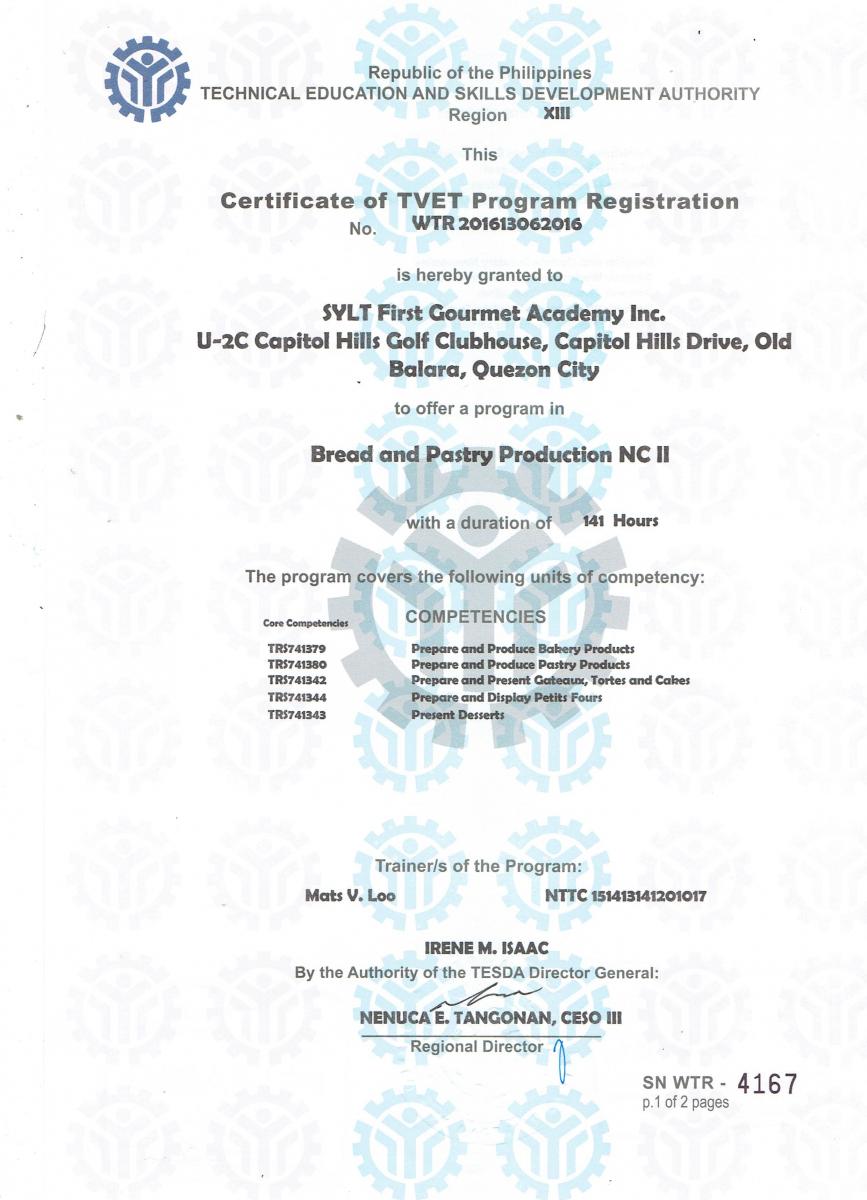 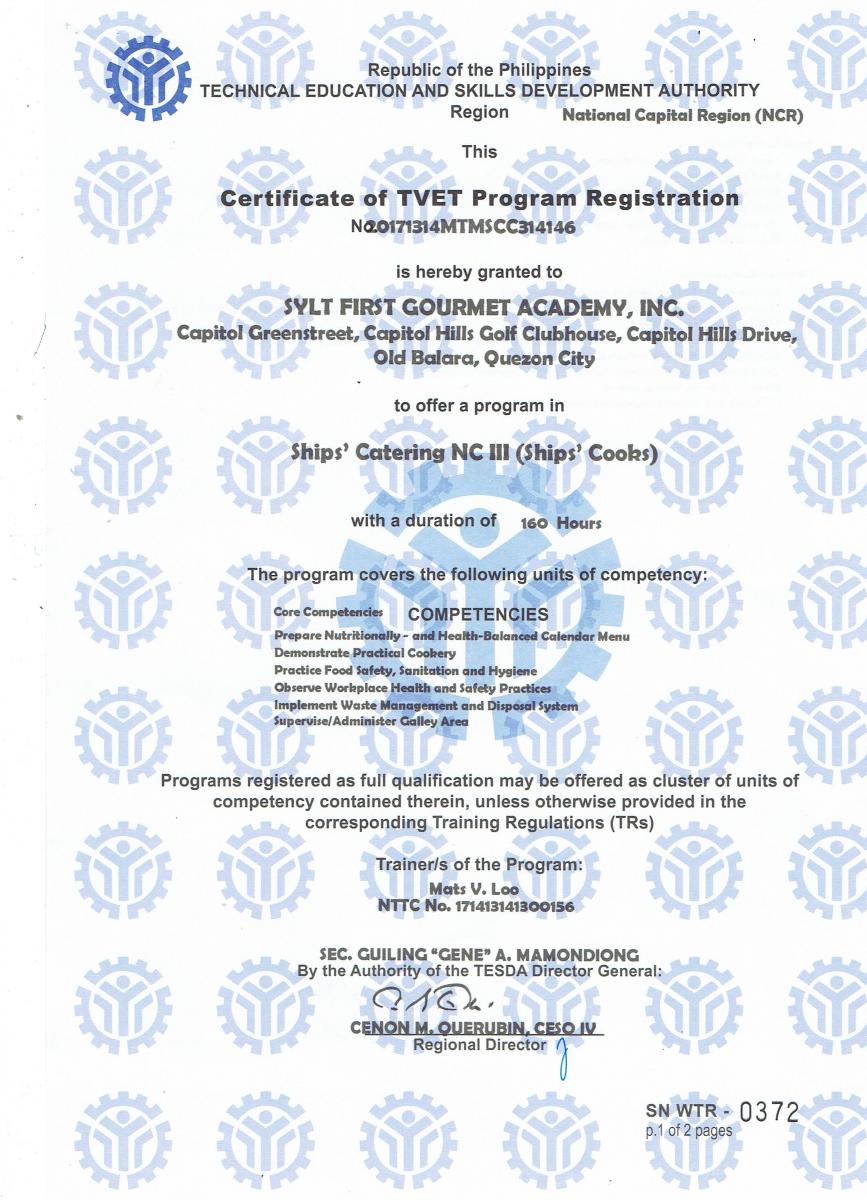 It is known now that the school’s founder Chef Mats Loo is a Swedish national so it is just proper that he was invited to visit Malacañang to pay his respect to the king of Sweden King Carl XVI Gustaf on January 24, 2014. And on that same year, it has been both an honor and privilege for Chef Mats Loo to cook for former President Noynoy Aquino and his cabinet members for a dinner event. 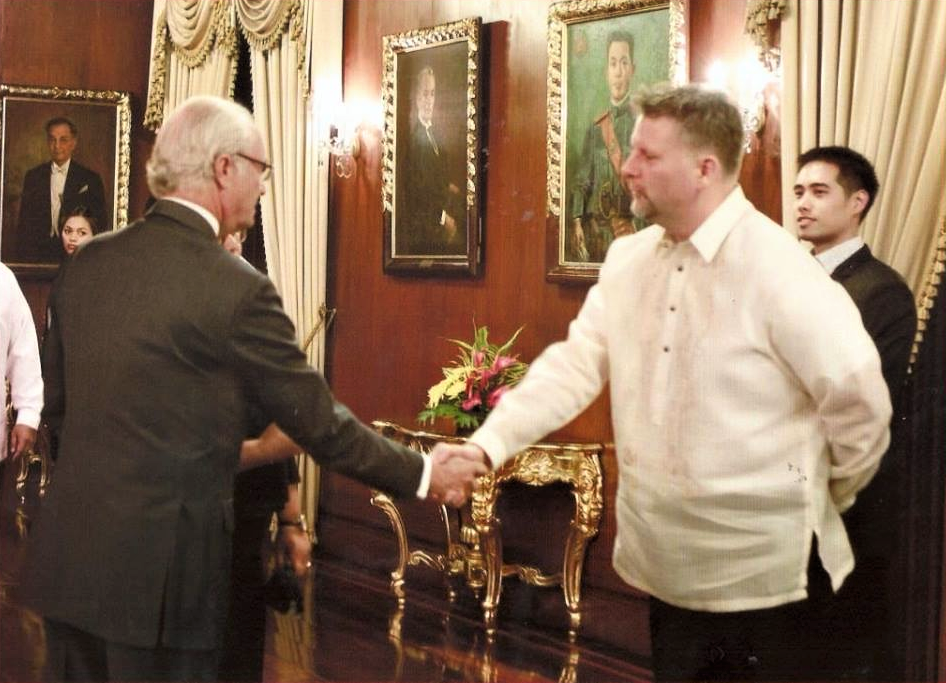 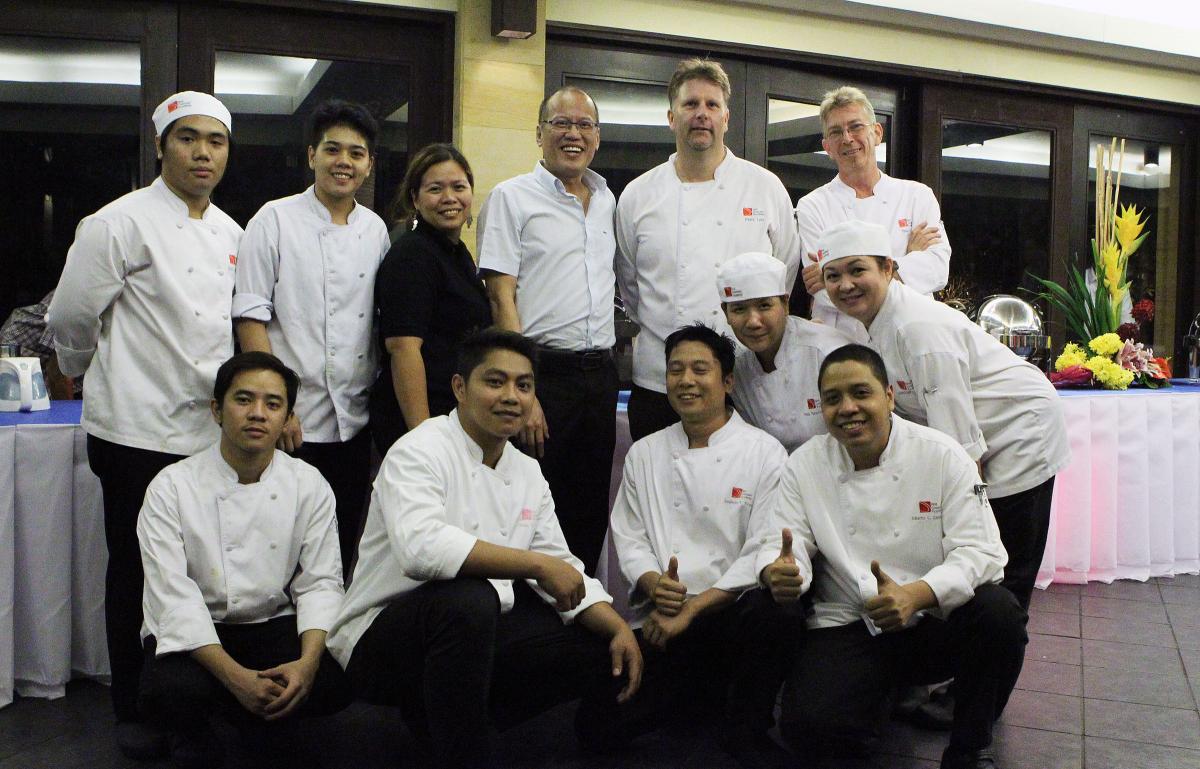 First Gourmet Academy continues to reap success in extending more its quality of culinary education in the Philippines. In the year 2015 the school has received recognition for the high quality education offered to its students by World Association of Chef Societies, Veterans Affair and Philippine Bureau of Immigration. In 2016, it also received the Certificate of Recognition by American Culinary Federation as First Gourmet Academy delivered a high quality standard of Culinary Art Education. First Gourmet Academy also put its focus on the employment of its students that is why in 2016 the school held the first Career Fair in partnership with Royal Caribbean Cruise Line, First Place Inc., CareerInternship Abroad and Novotel Manila Araneta Center. Also important achievement of that year is getting its accreditation Certificate from TESDA to offer Ships Catering NC III the first institution in Quezon City to offer such. And this 2018 First Gourmet Academy is working hard to achieve its goal of getting another accreditation this time around in Commercial Cooking NC III and NC IV.

As of to date, the school has already produced 502 students in the different hotels, restaurants not just in the Philippines but abroad as well. Here are some testaments from its former students.

"I choose First Gourmet Academy because I really know that they can greatly help and guide me in achieving my dream to become a Chef. They have their well-experienced instructors and very hands-on training as they have five (5) sessions in a week and devote 80% of the time on actual kitchen trainings where you can really gain and absorb knowledge. I highly recommend First Gourmet Academy to every one especially who wants to pursue a culinary career." – Mary Ann Luzon

"I choose First Gourmet Academy because of the quality education offered that outshine the other culinary schools." – Amiel Techon

"I choose First Gourmet Academy because it's the best school in the Philippines. I believe that if you want to be the best, you have to choose the best school, so that's why I enroll. " – Bryan Calanog

"Actually I choose First Gourmet Academy not because of its attractive name but because of the instructors. All I care about are their knowledge skills and attitude in culinary. And I'm proud to say that they all have those characteristics that I'm looking for." – Mark Jerome Justo

It is obvious now why First Gourmet Academy is the only choice to any aspiring chef to put their culinary dream and passion into reality. The school not only offers good education but it is well equipped with knowledgeable instructors and top of the line facilities.