In October 2013, First Gourmet Academy opened up its first restaurant, Kos Greek Ouzeri. This restaurant is located in the newly built Ayala mall UP Town Center along Katipunan. The idea of this restaurant is to serve authentic Greek food along with wines and the traditional Greek drink ouzo. The menu is based a lot on the small spreads and dips called mezedes that is very common in Greece as well as in other Mediterranean countries under different names.

The restaurant holds about 40 seats and is open seven days a week from late morning until evening. All of the employees at the kitchen are graduates of First Gourmet Academy and are headed by Yolanda Naluz, a graduate from Batch 4. Yoli, as she is called, has also worked as an assistant instructor at First Gourmet Academy and has since been very fond of Greek cuisine. “The food of Greece is very simple,” she explains. “It is based on traditional European cooking techniques with exceptional ingredients. In order to succeed in Greek cooking, you need to have first-grade ingredients.”

After being open for about four months, Kos has managed to get a lot of repeat customers. It also has a lot of Greek costumers returning and praising the food as being the most authentic Greek restaurant in the Philippines. The mezedes and our desserts, like the baklava and the Greek version of doughnuts “loukoumades,” seem to be very popular among the Greek community in Manila. 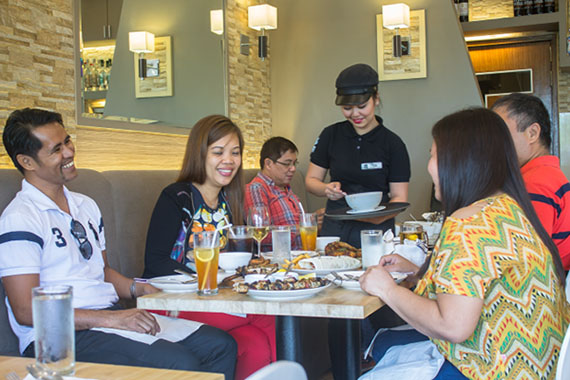 So why did First Gourmet Academy decide to open up a Greek restaurant? “I have always been a fan of Greek cuisine,” the director of First Gourmet Academy, Mats Loo explains. “I was working on cruise ships for 12 years and spent a lot of the summer months in the waters surrounding the Greek islands,” he continues. “Greek cooking is probably one of the healthiest cuisines in the world, thanks to its abundant use of vegetables, seafood and natural fat like olive oil and cheese. Since we opened Kos, I have managed to loose 15 lbs in weight,” Mats discloses with a smile.

Hopefully, Kos will continue to gain reputation as a very reliable restaurant when it comes to serving authentic European food. There are no shortcuts when it comes to the cooking techniques as well as the raw materials being used. All of the stocks, sauces and breads are being done the traditional European way.

The plan is to open up another European restaurant later this year, or in the spring of 2015. “I have always wanted to have a traditional Italian or French restaurant. Hopefully we will soon be offered a spot that is a good location to develop more culinary concepts. Since we are a culinary school with exceptional graduates, it is easier for us compared to other new restaurants. We already have the best chefs available as soon as they graduate from First Gourmet Academy.” 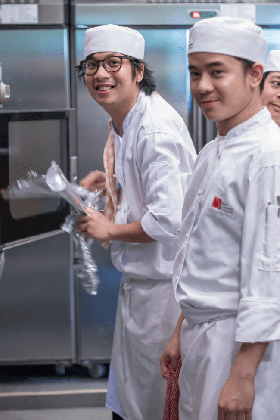 All readers of this post are more than welcome to visit Kos Greek Ouzeri if you want to discover traditional European cooking in a restaurant serving the best and most authentic Greek food in the country.