Last November 23, 2015, students (past and present) of First Gourmet Academy had the privilege to have a sit-down discussion with cheese maker and dairy consultant expert, Mark Todd. Also known as “The Cheese Dude,” Mark tackled the importance of California milk around the world as this is responsible for the exponential growth of American dairy. He is now breaking barriers as he ventures into the culinary markets of Asia to share his knowledge on the pleasures of indulging in cheese. More than 40 students were present in the seminar held at Dencio’s Bar & Grill in the roof deck of Capitol GreenStreet, including our faculty members Mats Loo, Thomas Paul and Ziggy Segunial. The four-hour event covered an intensive dairy lecture including the tasting of 14 different varieties of cheese. 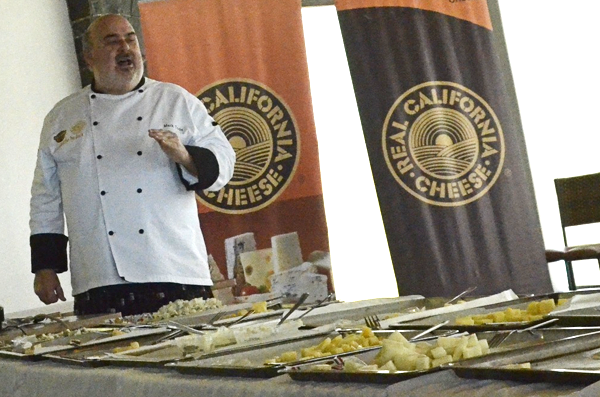 Before starting, students were handed an illustrative folder giveaway from the California Milk Advisory Board and a printed copy of Mark Todd’s presentation so students can easily navigate through the lecture.

The seminar was spread out evenly in three parts: (1) the dairy process, (2) the cheese-making process and (3) the cheese category. Mixed with humor and real-life examples, Mark’s seminar was informative, light-hearted and brimming with expressions. 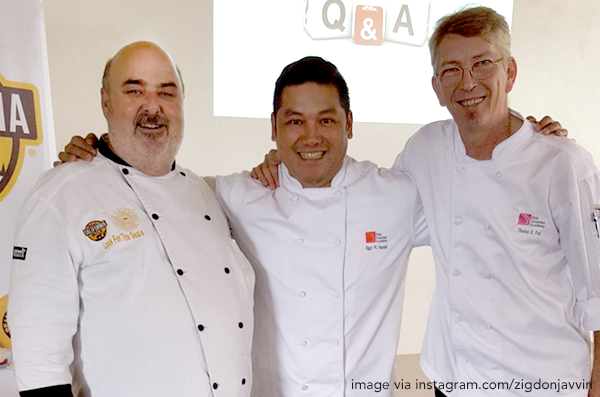 “Did you know that California has more milk than New Zealand?” he says in his opening speech. Since cheese starts out as milk, he begins the seminar with the importance of feeding and handling cows. Better cows make better milk, and better milk makes better cheese, as Mark reiterates. Like any strong foundation though, he likes to effectively correlate his topics with historical backgrounds to give the audience a better insight on food origins. Students were given a real eye-opener on new facts that this “cheese dude” had to offer. The stories he told were easily demonstrated and well-thought out.

Interactive and occasionally playful, the students were frequently raising questions, showing interest on the variety of topics. For a four-hour seminar, it purposefully enlightened the students technical- and culinary-wise. 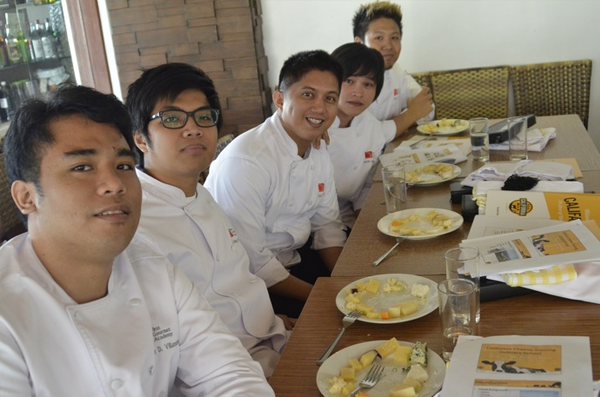 The highlight of the event was the cheese tasting process. On a round plate, students were tasked to place the 14 different cheeses in a clock-based order. Starting from the plate’s twelve o’ clock, the students smelled, tasted and examined each cheese in a clockwise fashion. Todd begins each cheese with an intro and masterfully describes the taste of each one. Depending on the cheese, each student received it with mixed expressions as some liked it, and some, not so much. Fortunately, it did not curb their excitement on the culinary education they received.

The event came to an end with a Q&A portion. To entice the students more, Mark gave a loot bag to anyone who threw an insightful question. A buffet at Fika prepared by the First Gourmet Academy followed shortly after.